It is stated clearly in quote above that people must speak about the salient matters. But what if people want to speak up but they’re not given the right to do so? What if they want to be vocal about their standpoints but they don’t have the supportive platforms for it? 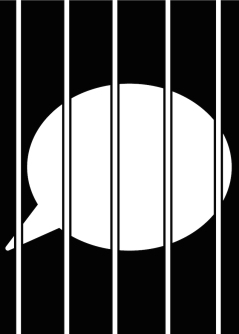 Social media however is one of the colossal or tremendous platform for people to be vocal about what they have to say. it is the most fitting way of expressing your stances and opinions, interests and your conceptions to let people know who you really are while sharing it with many viewers just by sitting at home. Its not imperative for people to agree with it but free speech means free speech even if someone disagrees with it.

Freedom of speech indicates someone having right to express themselves on a global level which is possible through social media and if people are able to do that they can know each other very well.

Social media also induces confidence to talk and share. And if people are still timid and introverted about intimating themselves, technology has worked wonders and sensations for them. For instance people can share posts by others that they think suit or relate to them. From business to general knowledge to your own personal thoughts you can express what to you want to impart or shift. Their are many people who fixate and get addicted to social media and some issues may also cause controversy but it does more hood than hark when we look back upon. There are many social media sites  such as facebook, twitter, instagram etc that make it elementary and effortless for people to share their tenderness and sentiments. Sometimes not just through words and locutions but also through other posts like pictures, videos albums etc.

In conclusion freedom of speech on social media and in general should be nurtured and fostered but in an sanguine way. Freedom of speech is not simply a freedom to think and say what you covet, but to speak for yourself, to speak from the heart, and to be liable for your words.

View all posts by saimakhalid31